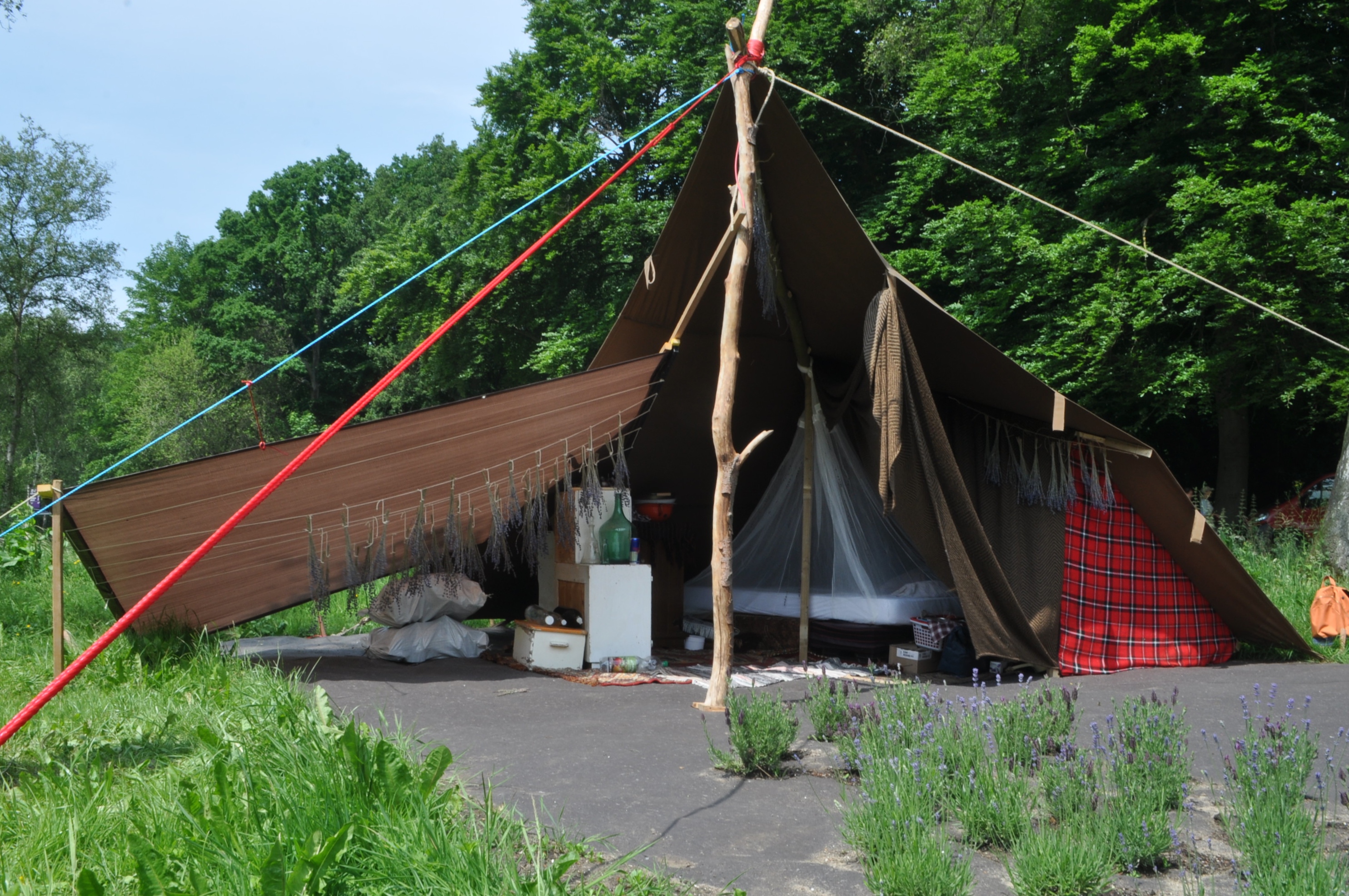 It is no surprise the spacious design of the Amsterdamse Bos was a major inspiration for William Speakman, for he has been fascinated by cultivated landscapes for years. As a child he spent many a holiday in the Lake District, where man-made paths and walls merge into the rolling English hills. Speakman saw this as an example where man and nature are completely in unison.

The theme of the work he designed for Cure Park is living in harmony with nature and the landscape. Set against the scenic backdrop of the Amsterdamse Bos he created a beautiful lavender field. The tent next to the field, in which lavender bunches are hung to dry, serves as a humble shelter. It is an intimate place where the caretaker can be close to his plants and share his plants’ good properties. Feel free to lie down in the field and inhale the intense scent of the flowers. In his tent Speakman conducts workshops on how to make ethereal oils, while also teaching participants about the many uses and healing power of lavender.

William Speakman’s (UK, 1968) work contains complex installations which incorporate elements of sculpture, painting, and architecture. With an immediate experience of both natural and artificial materials and an active involvement of all the senses, they exist as chimerical zones formed at the interface between private and public life. Rather than uncritically utilising the variety of cultural and political references that inhabit his work, Speakman links them in free-floating chains of associations that transcend the reality of any given situation and incite an unexpected psycho-physical experience. Enclosed in itself, yet at the same time curiously open to that which remains outside, Speakman’s ambients are both miraculously embedded in and detached from the context in which they appear. William Speakman Studied at St Joost Art College in Breda, The Netherlands.

Workshops: INDEKOPERENKETEL makes essential oil and hydrolats with various health applications from herb and  conifer waste. During this fragrant workshop, Henk explains the technique of steam distillation and Catharina tells about the medicinal function of lavender.
The workshops will be on July 6, from 12.15 until 1.15 pm and from 2.15 until 3.15 pm.

Lavender Field can be found at number 7. on the map.