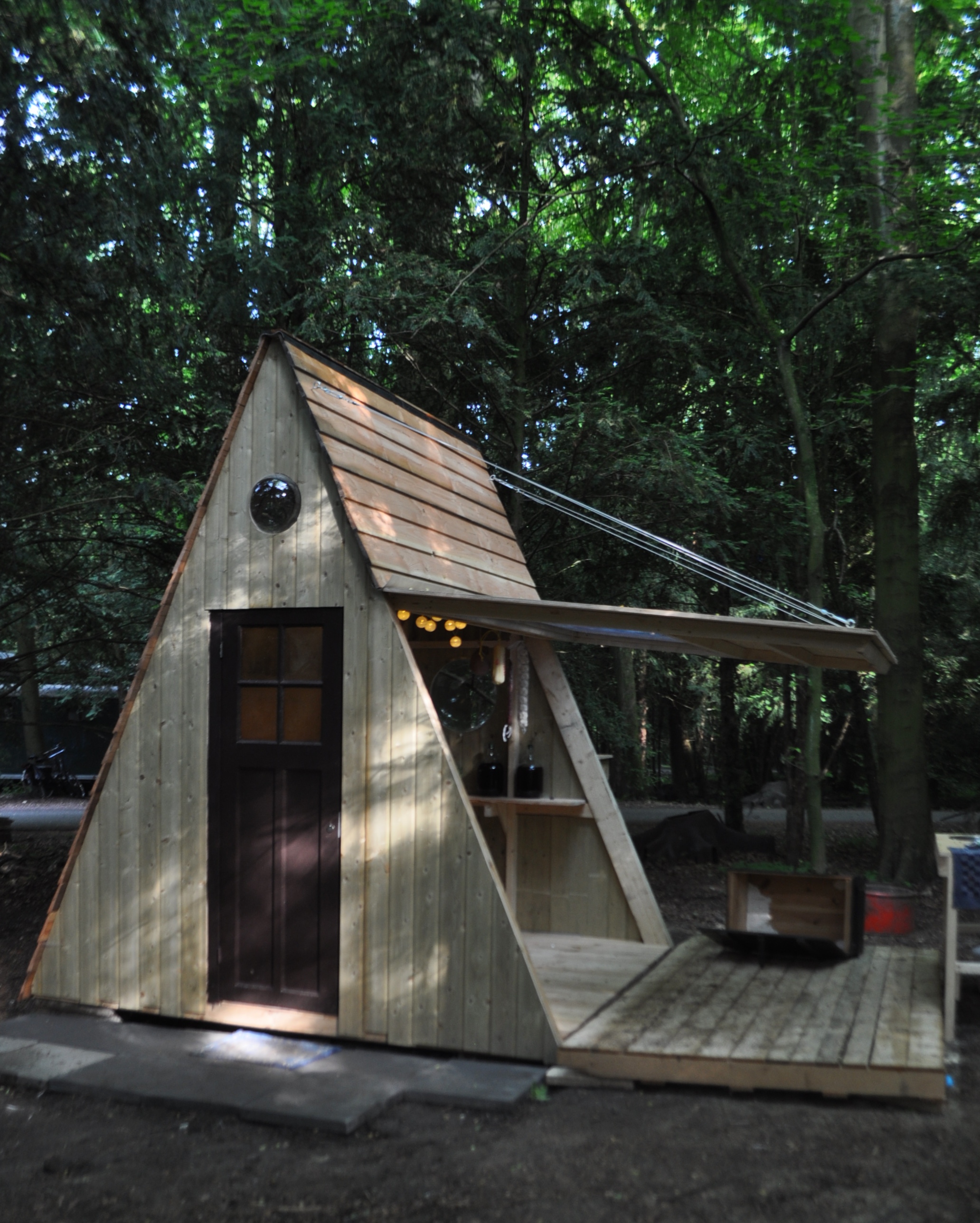 SulSolSal is a collaboration between Brazilian architect Guido Giglio and South-African designer Hannes Bernard. These past years they followed groups of people with radically new ideas on food production and consumption who share (online) new approaches to health, happiness and survival. According to these movements the current social infrastructure and the fact people have little say in how and where they live, what they eat and how they work has necessitated the development of new strategies for a more autonomous existence.

In Neo-Survival School SulSolSal experiments with techniques concerning food preparation and conservation, inspired by the Tiny House and survivalist movements. Survivalists stockpile medicine, food and water and prepare for a time in which they have to become self-sufficient, for example as a result of natural disasters or disruptions in social and political order. The Tiny House Movement, originally born out of necessity after the housing crisis of 2008, gathered a following which advocates a radical change in behavior. They build their own tiny houses and lead a simple life on much less square footage than the average house comprises. With Neo-Survival School Giglio and Bernard explore the choices these movements make and the complex resulting relationships between design, economics and society.

At Neo-Survival School you can visit the Tiny House and see how SulSolSal grows, smokes, ferments and prepares food. You can also sample the outcomes of their food experiments on Care Center’s patio every day. Want to join? During the artists’ workshops and presentations you can learn all about how to apply their innovative methods.

Guido Giglio (1981) and Hannes Bernard (1985) from SulSolSal work in Amsterdam Cape town and São Paulo. Their practice combines historic and economic research within emerging cultural trade routes between the Global South and Europe, while investigating ad-hoc design strategies related to the ongoing spectacle of globalized development. Giglio and Bernard graduated from the Sandberg Instituut (Design Master Program) and have been collaborating since 2012 on video works, publications and food performances.

SulSolSal, Neo-Survival School can be found at location 2. on the map.