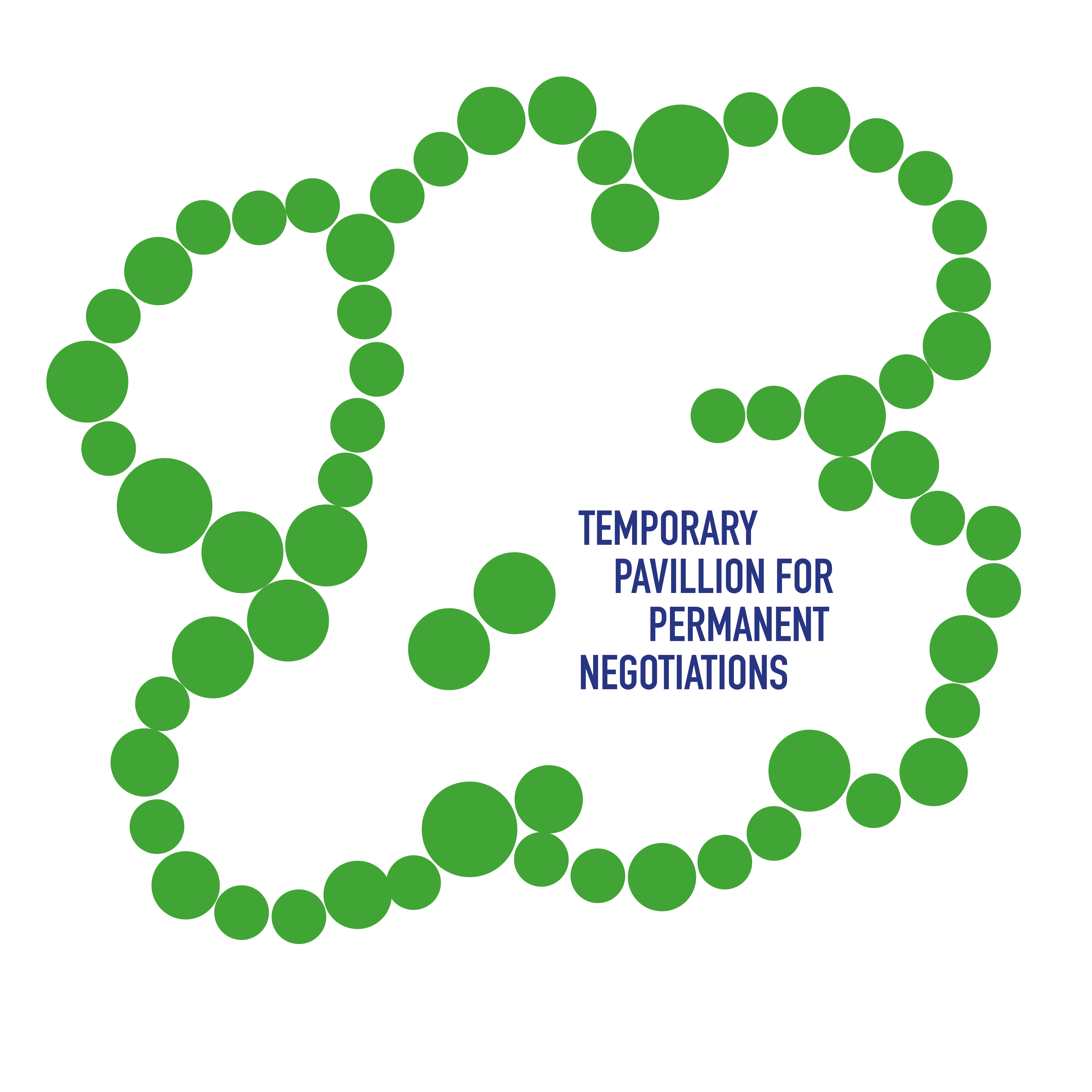 Prior to the start of Cure Park, the artistic duo Tellervo Kalleinen and Oliver Kochta-Kalleinen collected stories about conflicts. They called on people to write a story about a conflict: at work, in a relationship, in the neighborhood or on a world scale. It could be about a problem that the narrator was a part of, that he or she mediated in or where he or she was standing on the sidelines. The collected conflicts have one thing in common: they were (ultimately) resolved. What happened, and how did the situation get to take a turn for the better?

A selection of these stories will be set up and retold by mediator Chantal van Doesburgh in the Temporary pavilion for permanent negotiations. In an arena made of sand she makes the problems visible and palpable with the help of props and spatial interventions. The project is centered around the problem-solving process because, even though not all issues may be resolved, their visualization may help you find the right approach to problems in your own life. Once the mediator has left the playing field, you can get to work with the props and instructions that are available on site. With this project, the artists seek to demonstrate that, even though we often feel powerless in the face of conflict, it is possible to influence problems with the right methods and a positive attitude.

Tellervo Kalleinen (FI, 1975) and Oliver Kochta-Kalleinen (DE, 1971) form a Finnish – German artistic duo. Over the past fifteen years they have developed participatory works of art that are centered around sharing knowledge. The duo thinks of art as a way to create unique and transformative situations that bring people together.

This installation has no fixed opening hours and can be found a location 4 on the map. The sessions take place every Saturday and Sunday from 4 to 5 pm (except for June 17 and 18).

Lisa´s family breaks apart when her grandmother bequeathed everybody´s beloved house for one of her three children only.

A drama teacher gives theatre classes at a school, sees violence in the class and learns that the permanent teachers of the school deny the behavior problems of the children.

The new museum director becomes a target of heated criticism from the local art community.

New business partners have trust problems between each other, and they seek help from a professional mediator.

Divorce after a long marriage is not easy when communication doesn’t work at all, especially when you have a child together.

14 years old Sara has a conflict with a friend. Mother supports her with a solution but she finds her own way.

Sunday 2 July –  theme of the conflict story to be announced

Saturday 8 July, theme of the conflict story to be announced

Sunday 9 July, theme of the conflict story to be announced

Saturday 15 July, theme of the conflict story to be announced

Sunday 16 July, theme of the conflict story to be announced