Film program, Messy Entanglements: How to Re-make the World from Difference 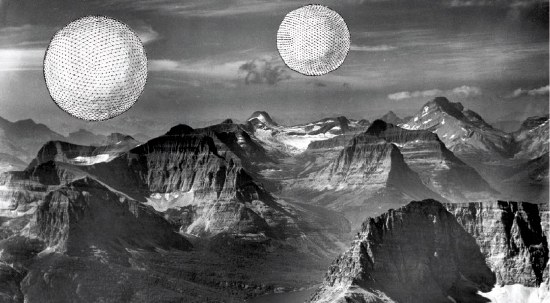 This film programme seeks to think how social and artistic experiments problematize the ambiguous relations between nature/culture, spiritual/pragmatic, human/non-human, alternative/normative or community/isolation. The films presented in this programme critically approach the need to accept difference and bring forward new senses of curing and caring.

As pointed out by the feminist theorist Karen Barad, all living beings do not exist individually but are continually relating and intra-acting with each other; an idea that serves here as starting point to think the means of empathy, caring, healing or responsibility. Being responsible not only entitles to give an answer but also allows nature, other humans, non-human animals and mechanic beings to respond by their selves. In other words, to “let things talk”, to learn the right distance in which disturbance is not avoided but confronted. A new sense of curing and caring might start by understanding humans not as individual existences but as bodies and souls messily entangled with the universe.

With this in mind, each session will be dedicated to a specific issue and there will be a guest speaker with whom we will talk about the film and the topic of the evening.

Helena Grande (ES, 1987) is independent curator and PhD student at Utrecht University. Her work focuses on digital culture and the relationships between humans and technology. She works in Madrid and Amsterdam on numerous projects.

Young Soul Rebels is a film about the life and experiences of black communities in London towards the end of the 70s. The film starts with a mysterious murder whilst the soundtrack of funk and soul pirate radio booms over the Queen’s Jubilee Weekend. Young Soul Rebels delves into racial, sexual and class tensions of the time.

Quinsy Gario is a performance poet, visual artist, public speaker and talk show host. Based in the Netherlands but from the Dutch Caribbean, his interests are transnational. In 2011 he became well known for his art work Zwarte Piet Is Racisme (Black Pete Is Racism) and in 2012 he launched the media initiative Roet In Het Eten.

The Motherhood Archives is a film essay by artist Irene Lusztig, that revolves around the history and practices of childbirth in western society since the twentieth century. Using films from industrial, educational and medical trainings, it unfolds the hidden stories behind obstetric anaesthesia, the cultural history of pain and experiments with natural childbirth. This is a passionate archive and feminist approach to the institutionalization of birthing practices and the female body. See trailer here.

This screening was conceived together with “Birth Project: Opnieuw Kijken [Looking Again]”, participating in Cure Park, and Deirdre M. Donoghue who is a researcher at Utrecht University and a visual and performance artist. She is director of the international “M / other voices foundation for art, research, theory / dialogue / community involvement” and a founding member of “ADA: Area for Debate and Art, a mother and a doula”.

Paul-Julien Robert, director of this documentary, traces the story of his own family as part of the Friedrichshof, the largest commune in Europe, founded by the Viennese Actionist Otto Mühl at the beginning of the 70s. As with many communal projects of the time, their ideals were to dissolve nuclear family, the sharing of all properties and free love. However, the aftermaths of this kind of community living seem to be quite opposite to their own original goals and principals. See trailer here.

Chris, Kris and I
Naomi Wallwork, 2005, English, 10 min
Short documentary about the everyday life of Chris, Kris and Andy who live together and have a polyamory relationship.

“An Asylum is a safe place to be when you are a bit shattered and don’t know who you are, where you are and can get things together”. With these words, famous psychoanalyst R. D. Laing defines his experimental community Kingsley Hall, founded in London in 1965 to serve as an asylum for people with mental illnesses. The film is the result of what a three-man camera crew shot during six weeks in this house, while living with them. See excerpt here.

Rick Dolphijn is assistant professor and researcher at Utrecht University. He has published the books Foodscapes, Towards a Deleuzian Ethics of Consumption (2004) and, together with Iris van der Tuin, New Materialism: Interviews and Cartographies (2012). Besides that, he has written on new materialism, ecology/ecosophy and art, and is interested in the developments in continental philosophy and speculative thought.

Biosphere 2 documents the experiment of the same name that took place between the end of the 80s and the beginning of the 90s. Set in a dome like greenhouse building constructed in Oracle, Arizona, it intended to re-create a second biosphere and prove its sustainability by sealing, big brother style, scientist to live in it. Considered one of the worst ideas of the fin de siècle and only remembered by the parody film Bio-Dome (1996), it is, however, an important example of the mentality behind the material culture of our Anthropocene era. See extract here.

Müge Yilmaz is a visual artist based in the Netherlands. After completing photography studies in Italy, she was an artist in residence at Rijksakademie van Beeldende Kunsten. Her works and talks have been shown at various platforms and she is currently a project coordinator at Corridor Project Space in Amsterdam.

This evening was curated together with Julia van Mourik, and we aim to pose questions around the relationships between humans and non-humans, including technology, animals or nature. What are the limits of communication between humans and non-humans? What language is spoken by non-human animals? How are we to understand them? And are sound and music a bridge towards a new language between different species or inner/outer spaces?