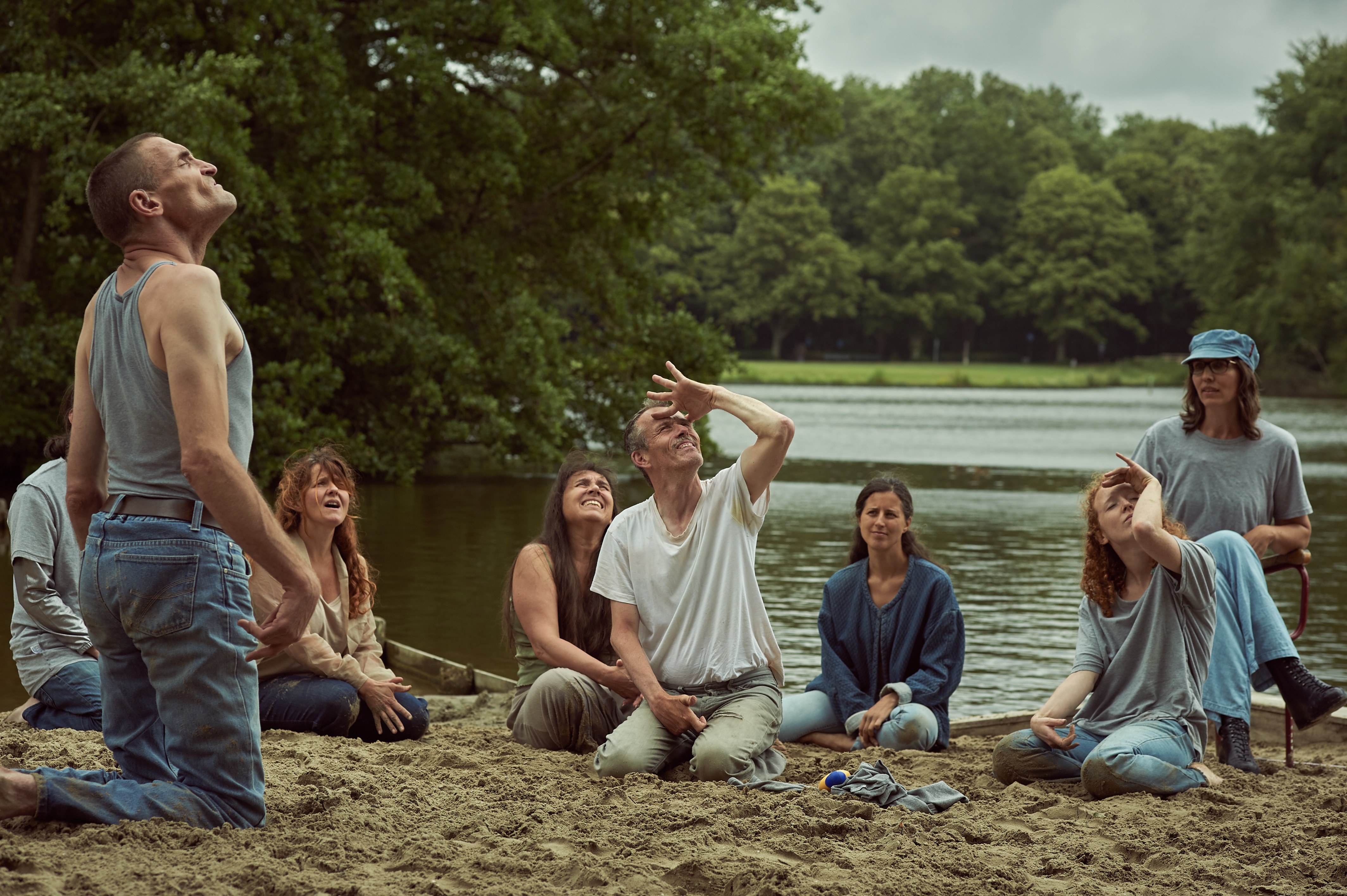 In Baden (Bathing), Cathalijne Smulders works with people who have difficulties with language, speech or gestures as a result of brain damage. In her performance Smulders illustrates the sense of disorientation that occurs when words lose their meaning. Speakers suffering from aphasia or spasms describe their surroundings. Their words and actions are distorted by hesitations and physical reflexes. This distorted speech subtly influences the way in which we perceive the surroundings.

The influence of impeded speech on perception is reinforced by the presence of Genetic Choir, an improv choir and dancers reacting to the speakers. They support the speakers by mirroring or slowing down their words and gestures, or alternatively, make them sound more fluent. During the performance words make way for sounds, and the emphasis shifts to more physical, sensitive and fragile forms of exchange. When words lose their meaning, a new form of exchange originates.

Cathalijne Smulders (NL, 1979) graduated from the Sandberg Instituut, where she participated in the Cure Master program. Her work is performative, and she always collaborates with specific social groups she considers special, such as people suffering from schizophrenia, addicts, autistic children or people with speech impediments. She has also worked with contemporary dancers and an improv choir. In her performances she makes people interact through different identities, rules, gestures and other forms of expression. Her performative way of working often results in alienating, esthetic and fragile interactions.