Abner Preis, The Mask Maker and The Tree 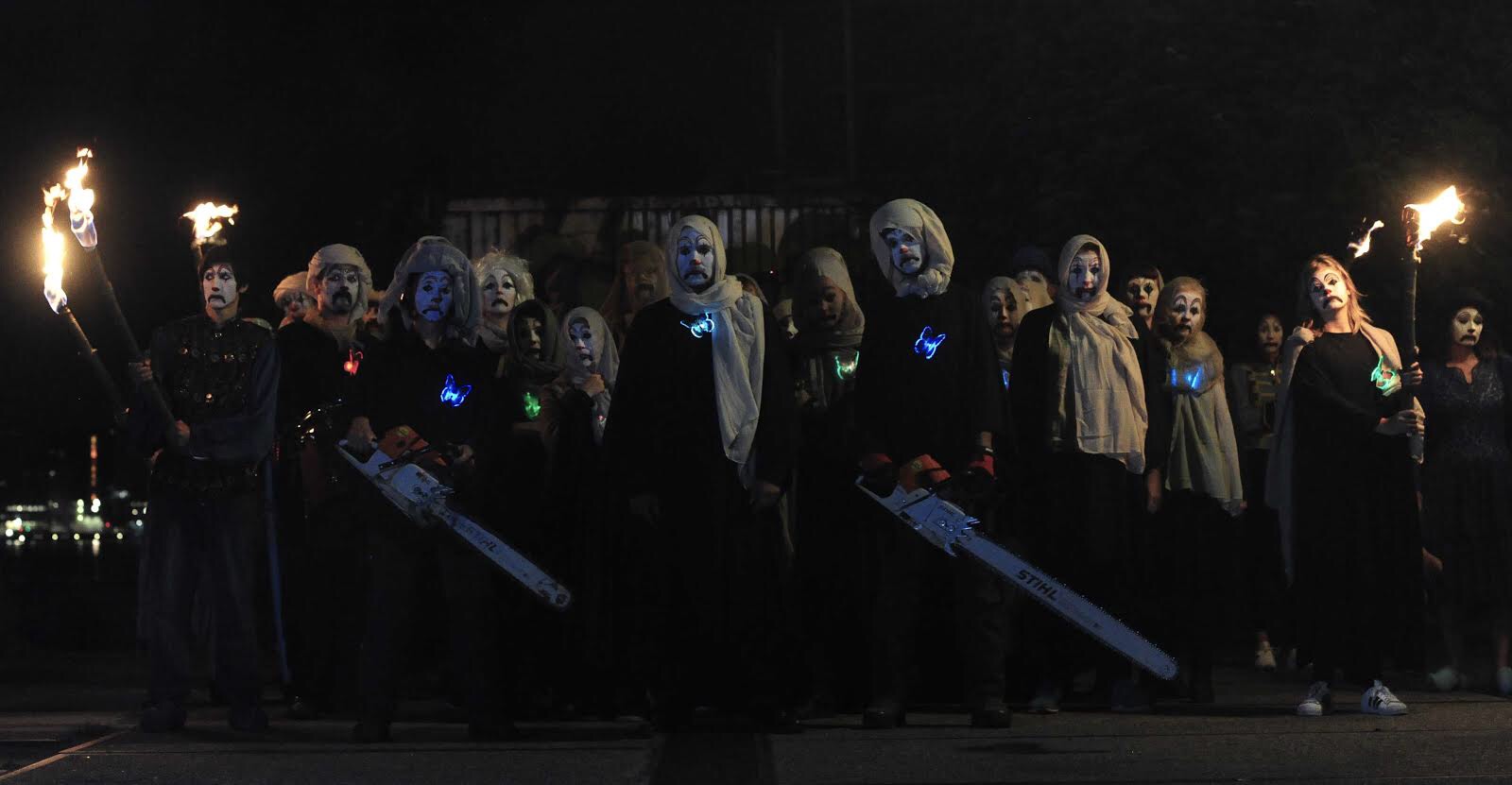 Visual artist / storyteller Abner Preis brings a narrative into life within his newest project called The Maskmaker and the Tree. The story evolves around a village with zombies that close a pact with a magic tree to be happy ever after. The story was staged and recorded during a three-day workshop with about fifty people from Amsterdam (North). The project will be presented on different platforms:

The story of The Maskmaker and the Tree is situated in the forest, but was recorded at the NDSM-werf in Amsterdam-Noord. As part of Cure Park, the story can be perceived within the context of a forest again. Herewith the narrative is being brought back to its roots, as reality, as fiction, perhaps as utopia, or something in between. Next to this, Preis presents a performative version with a video installation and live music at the location where it was shot, the urban jungle of the NDSM-wharf, on July 18.

Abner Preis (IL, 1975) is a storyteller and works in multiple media, from drawing to performance, installation, video and photography. In his stories, he explores the principle of storytelling with ‘happy endings’ and trans-media storytelling. His practice can be characterized by stories told through audience participation. Preis received his Master’s degree from Dutch Art Institute in 2013. He did performances at, amongst others, Art Rotterdam, Filmhuis Den Haag, Grace Exhibition Space New York, Museum Quartier Vienna, Human Cities Festival Istanbul and Scope Miami.

As part of Cure Park, Abner Preis leads a group of 30 people on a night time tour through the Amsterdamse Bos. Partly by foot, partly by canoe, the tour arrives at a location in the forest where the video is installed. A cello player produces live music during this performative tour.

Within the festival heart of Over het IJ festival Abner Preis will perform the story of The Mask Maker and the Tree accompanied by live music. At Sexyland Abner Preis performs later that night by taking a walk over the NDSM terrain, concluded by a filmscreening with live music and a dj.